Lower Franconia – at the heart of Germany

The region of Lower Franconia has 1.3 million inhabitants spread over 308 municipalities and covers an area of 8,532 km².

The river Main is the backbone of this region and the wine – a first-class product in Europe – shapes the country and the people.

Culture and history visibly shaped Lower Franconia. The Celtic vestiges not only prove this; the Franconians have also left their mark – Lower Franconia was part of Charlemagne’s Franconian empire.

Lower Franconia, region of wayside shrines, churches, fortresses, and romantic castles, offers many possibilities for recreation but is also an important industrial hub.

consists of nine regional districts and three independent towns. Würzburg is the capital. 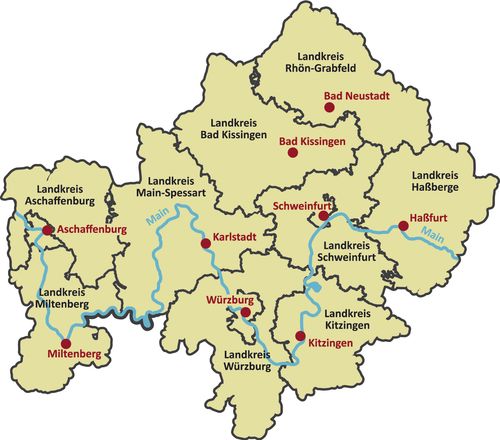 Calvados: at the heart of Normandy

The department of Calvados has 648 thousand inhabitants in 705 municipalities and an area of 5.540 km².

Caen, its center, is the capital, univerisity, industrial and port city.

In 1066, William the Conqueror set out from Calvados to conquer England.

Calvados is known for tourism and oyster farming on its 100km of coastline along the English Channel.

It's there, where the Allies began their assault on the "fortress" of Europe on June 6, 1944. 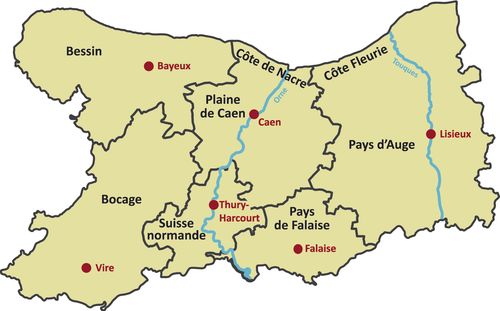 For art lovers and historians, there is a rich heritage - Romanesque abbeys, cathedrals, castles, stately homes and stylisch half-timbered houses.

And one lives like "God in France". Cider, calvados, cheese and lamb are culinary delights that flatter the palate.